BOTB has been running Dream Car competitions since 1999 and has given away over £22 million of prizes so far. Every week a dream car is given away, with five judges choosing the winner in a spot-the-ball competition. Players from all around the world have won more than 30 Porsches, 23 Range Rovers and 18 Aston Martins since the competition began. BOTB gave away its first McLaren in October 2015. BOTB is a UK-based company founded by Will Hindmarch and is listed on the AIM market of the London Stock Exchange.

Check out their website and see how you can win a car by using your own skill at: https://www.botb.com/

Sojudesign used Oracal’s 631 Exhibition Cal series of vinyl with temporary adhesive, ensuring BOTB has the best performing decals for their branding purposes in the most vibrant colour! And because the temporary adhesive in Oracal’s vinyl is of such high quality, it won’t leave any residue on the windows of the cars or walls and will be easy to remove. And this is perfect for their purposes; such as when temporarily needing to brand the cars they use for filming YouTube videos.

The large decals shown below were used in branding BOTB’s stand at Goodwood Festival of Speed. And as you can see from the pictures below the temporary decals were used on windows, felt-like wall panels in the back and the plastic furniture.

Sojudesign also made some complimentary decals in gold and silver, as sometimes you may not need to be fully on brand, instead you can go for the ‘snazz’. Check out the pictures below! 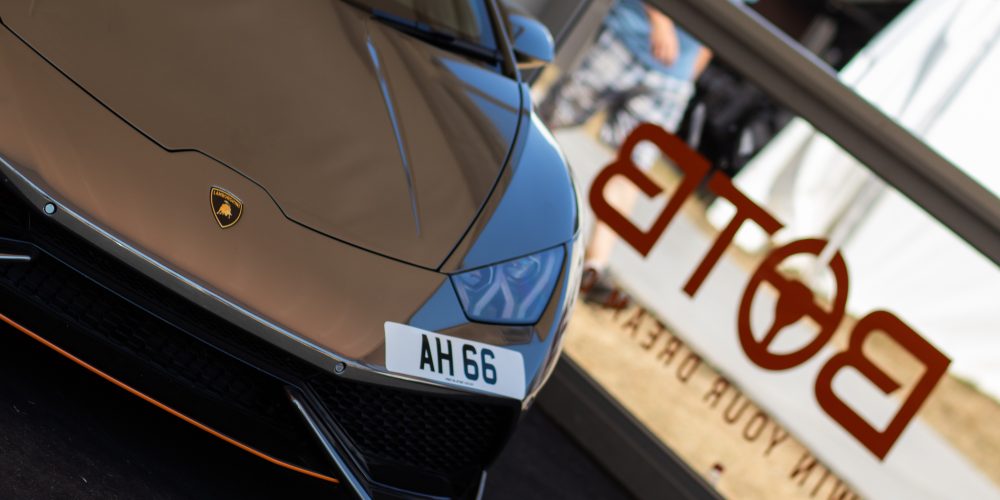 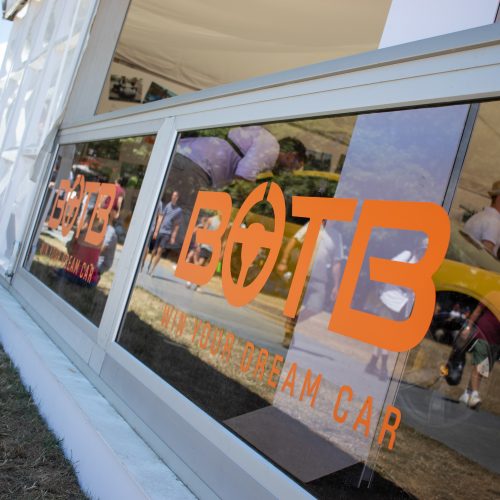 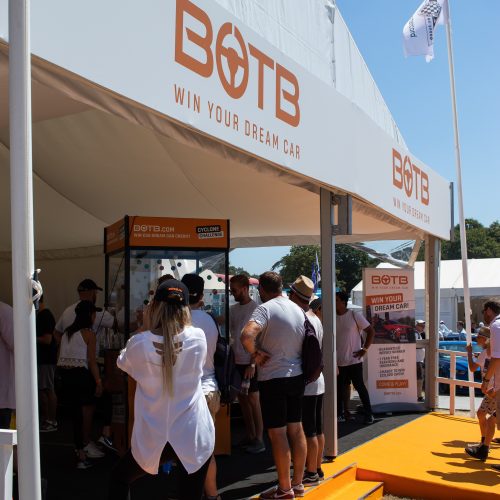 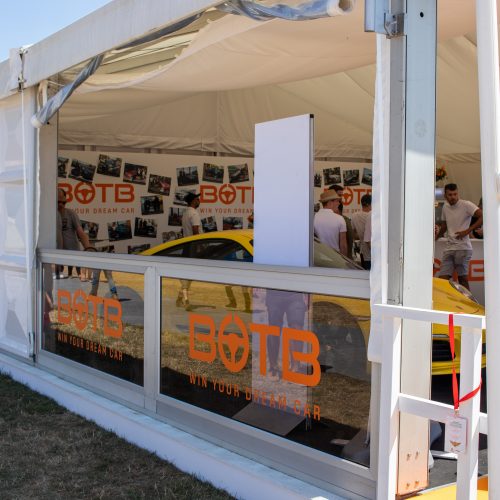 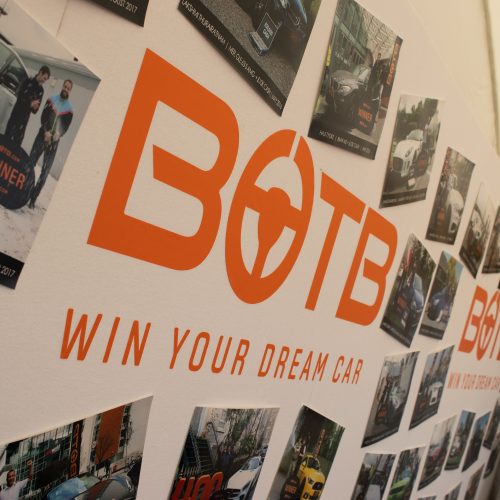 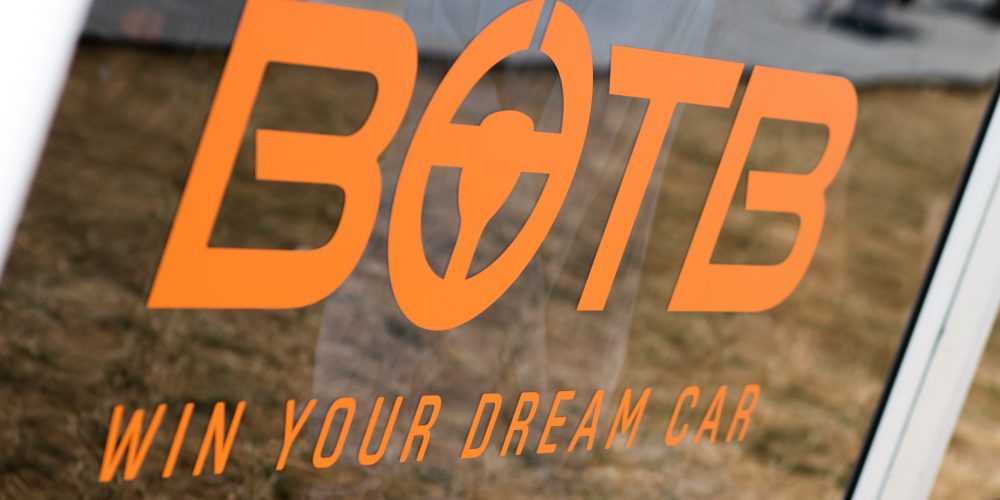 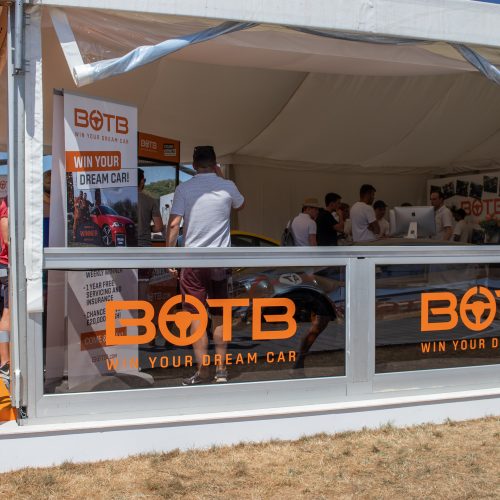 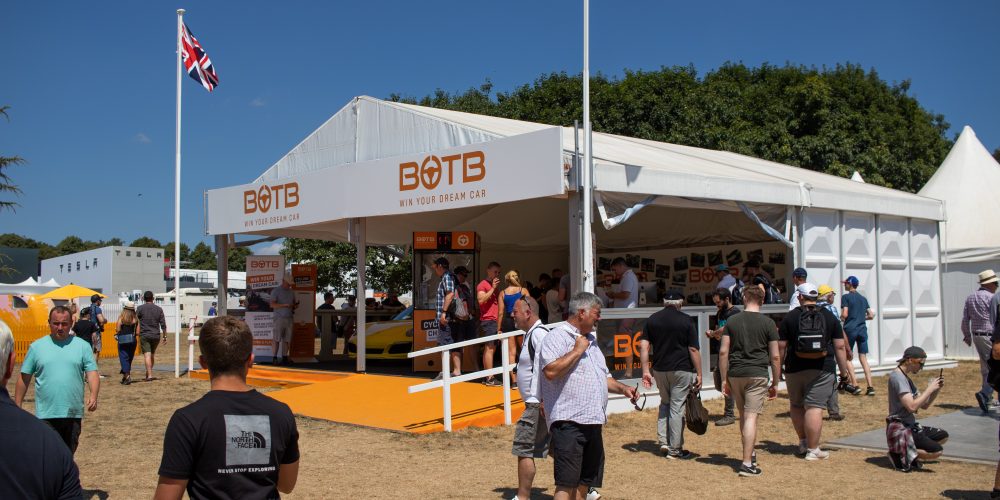 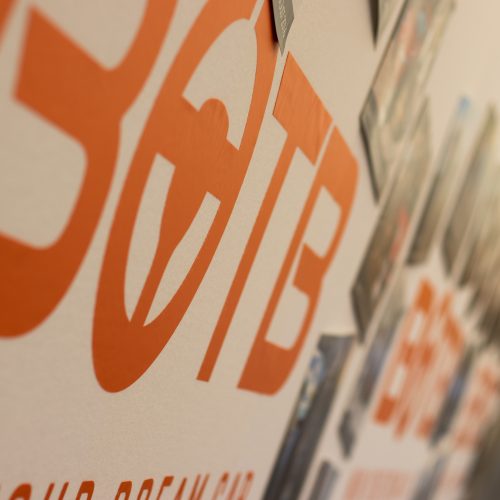 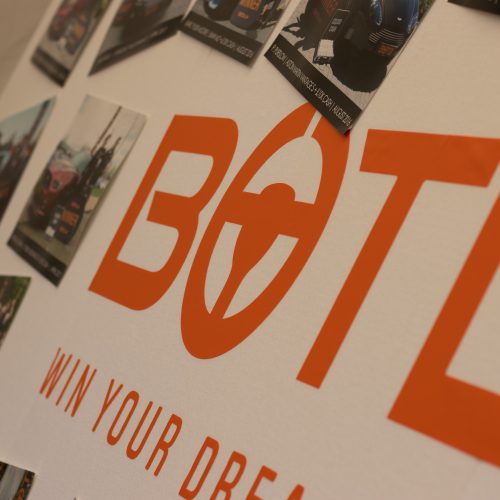 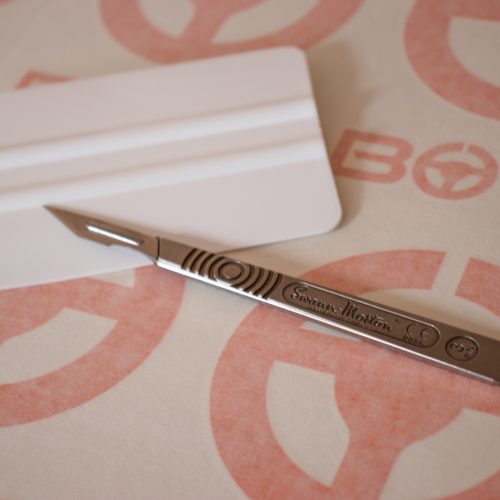 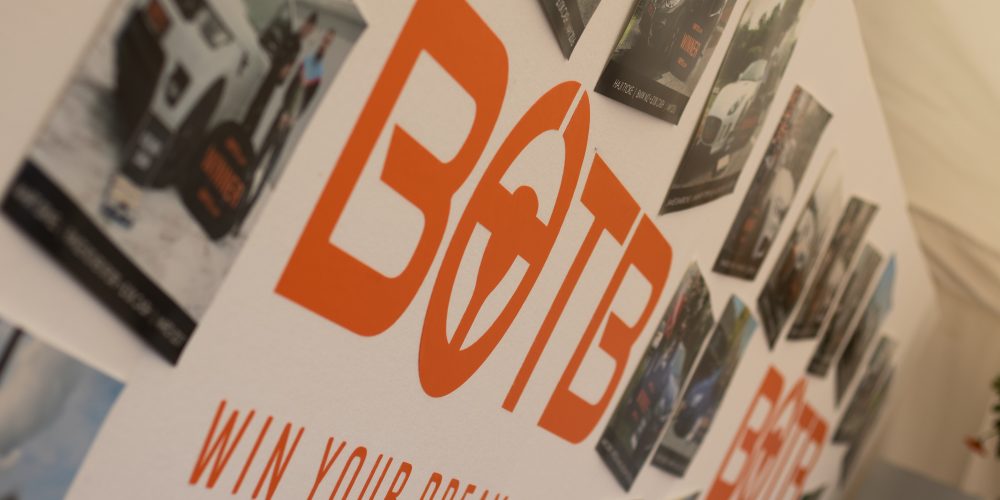 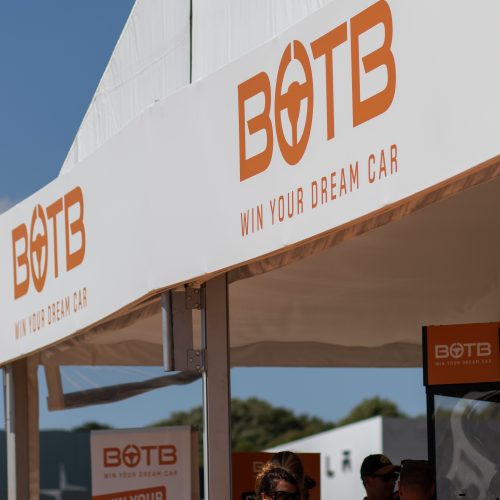 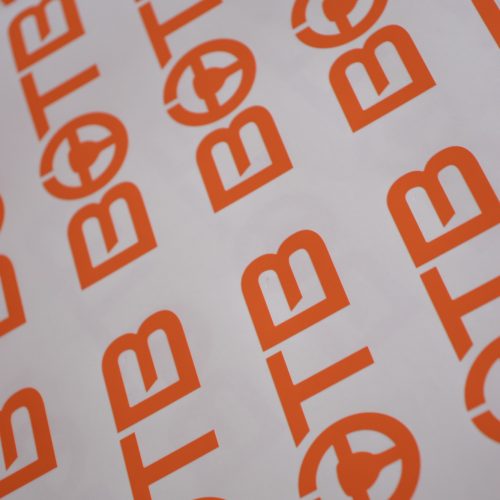 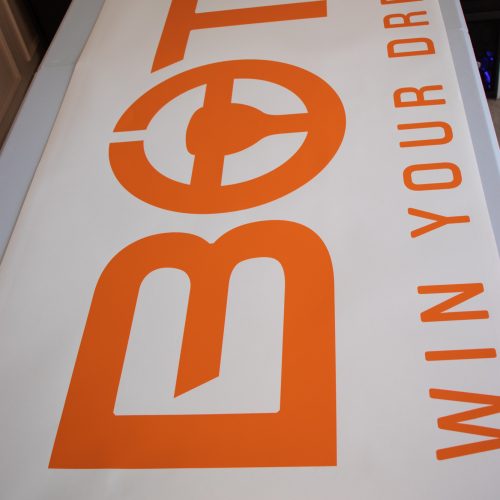 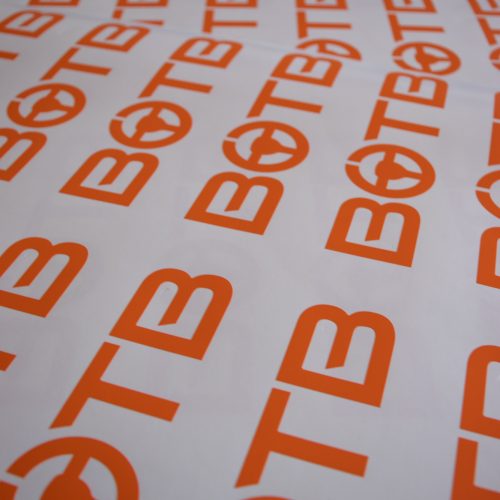 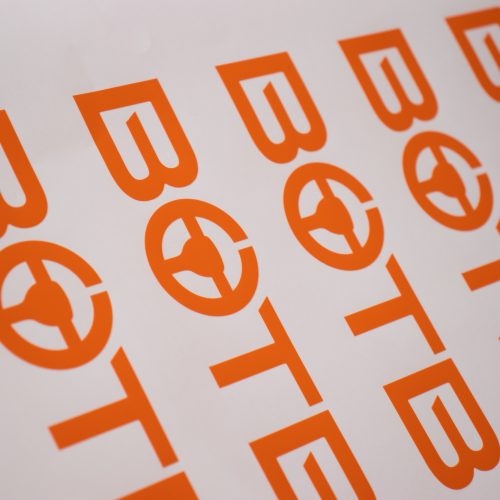 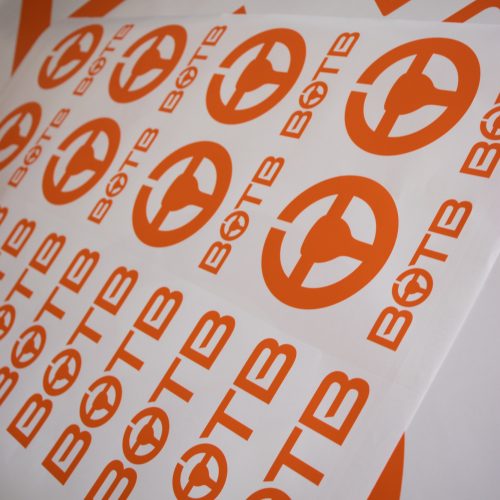 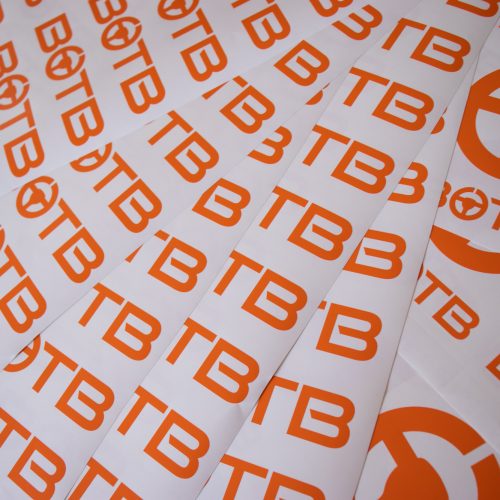 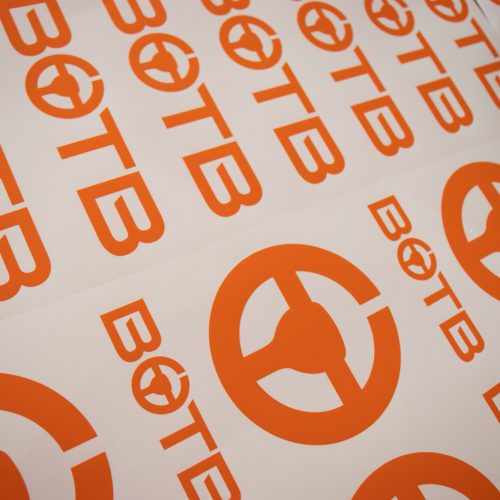 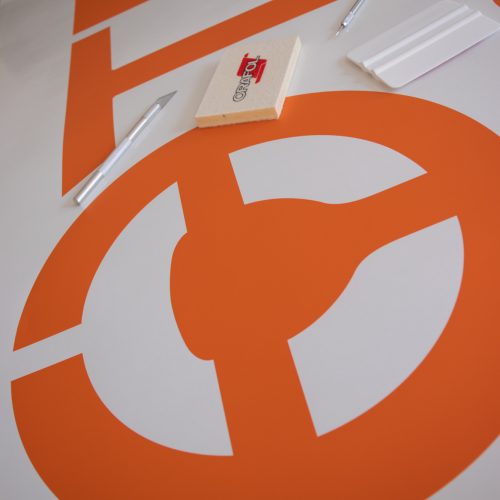 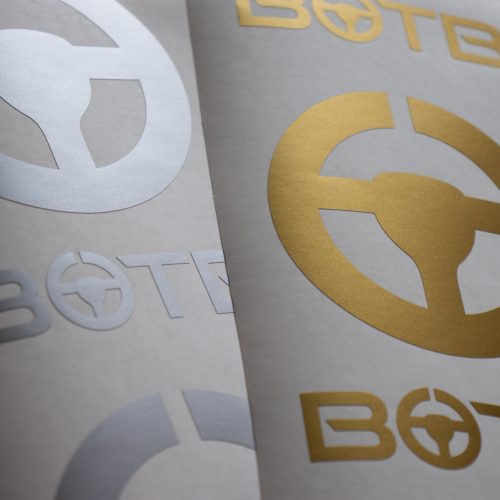 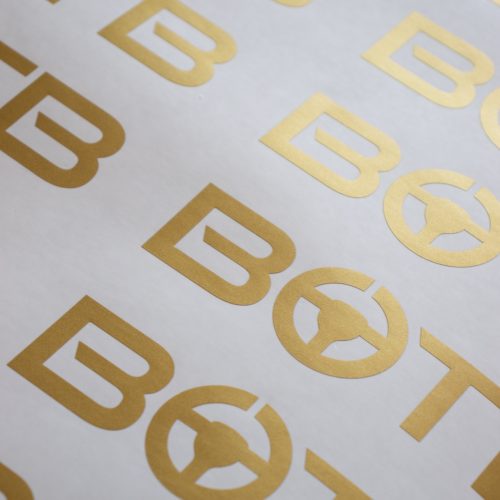 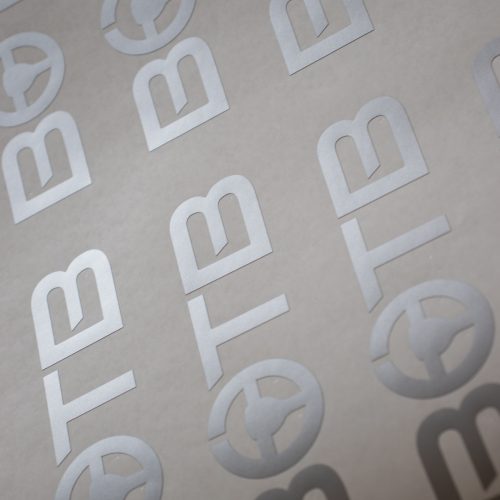